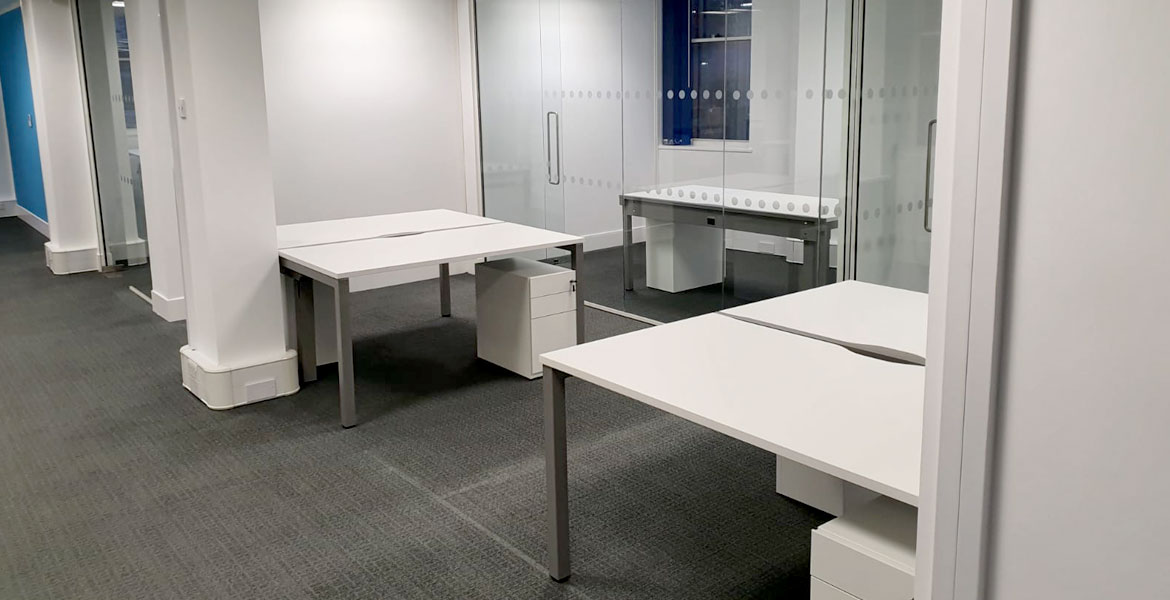 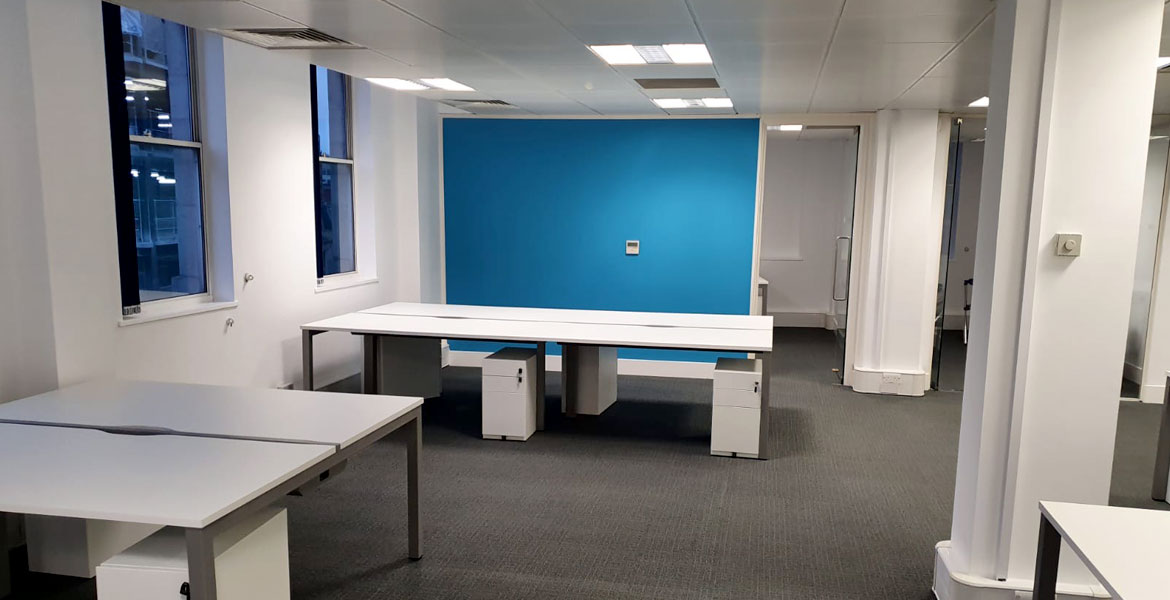 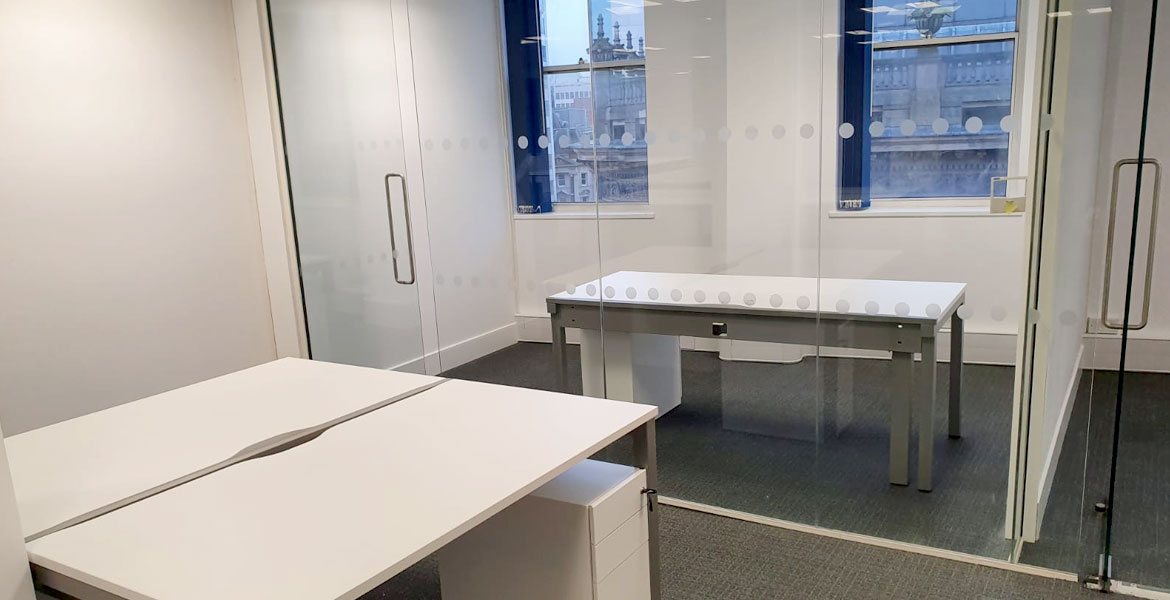 Erwin Technologies UK Limited are the UK arm of Erwin, the data governance company from the USA.

Their need was to relocate their existing Birmingham office of circa 30 people, to a new location that could more easily be accessed via the New Street train terminal. The chosen office, which was last occupied by a tenant at least two years previously, needed rationalising and reconfiguring to suit the needs of Erwin.

Existing office partitioning, storage and display areas, were mostly stripped out to give the office an open plan configuration. Existing full height glass partitions to several rooms were taken down and repositioned into new locations.

A staff breakout and tea point area were created by stripping out the existing old and in poor condition kitchen units, replacing with new kitchen units including an instantaneous hot water tap for hot drinks. The existing carpet tiles and vinyl within the breakout area were replaced with new Karndean vinyl flooring. Breakfast bars were added to the perimeter walls for staff to utilise their laptops for informal meetings or recreation time.

All the walls to the offices were redecorated and corporate colours were added to three of the walls. The existing blinds were replaced to all the windows. Televisions were fixed to walls in various locations. A new security system and door entry system was installed.

Thirty-seven new desks, chairs and pedestals were supplied and installed, mainly in a bench system configuration.